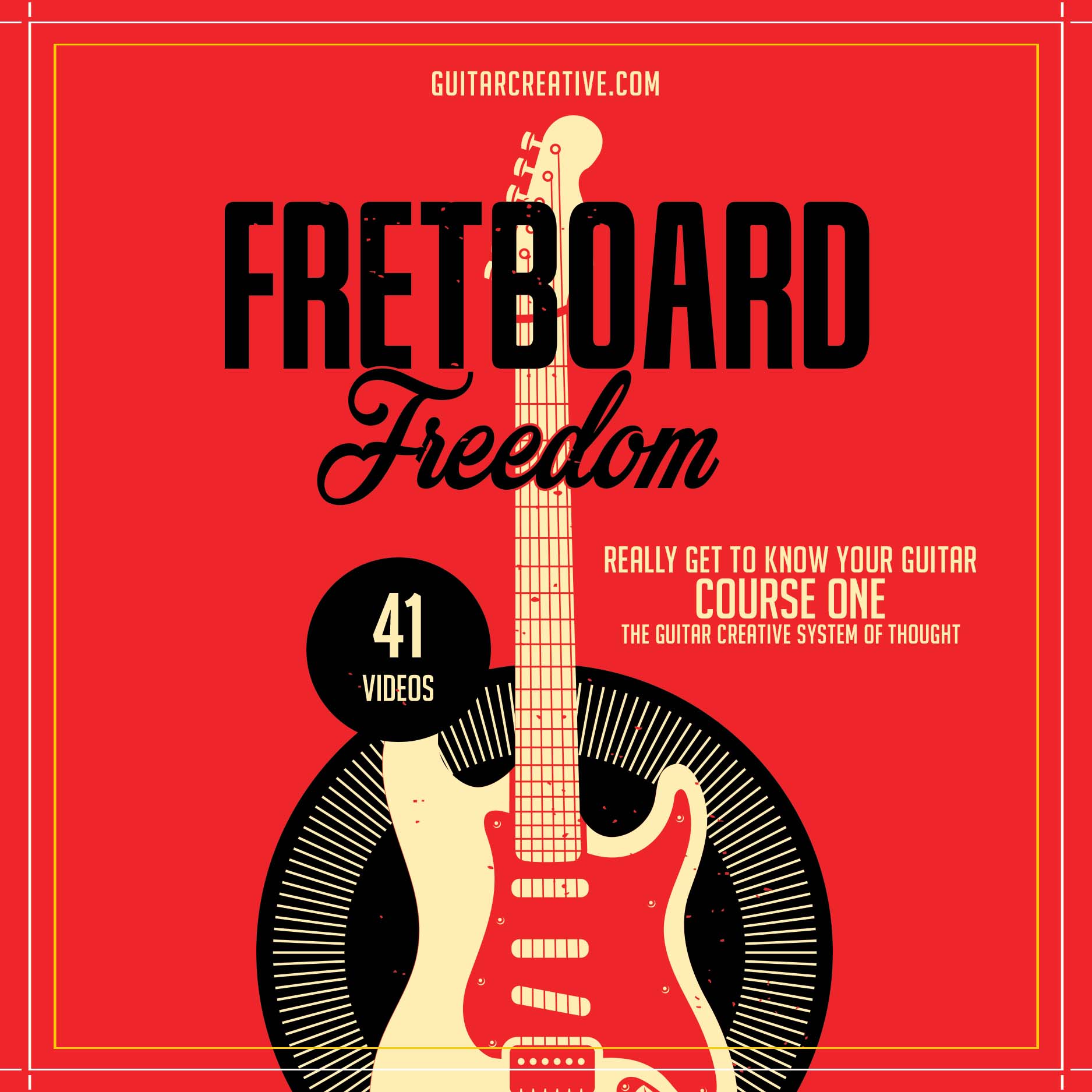 Really get to know your guitar.

These lessons were originally recorded in 2005 as part of a DVD set that was never released. I'm releasing them now as Course One in the Guitar Creative System of thought. When you look down at your guitar, do you see a world of possibilities? Do you feel totally free as a player? Because, really getting to know your guitar is the key to becoming a great player.

Sure, there are many talented players who can string together various memorized riffs to produce an artfully convincing solo. I take nothing away from those who have achieved that level of artistry in their playing. But for the guitarist wanting the freedom to create new music on the fly, it takes more than a memorized bag 'O riffs. It takes a deeper understanding of both music and the instrument itself.

I have always felt like adult beginner guitarists shouldn't be talked to as if they were children. A person of average intelligence can quickly and easily grasp the principals of music and the complete layout of the guitar fretboard long before they are able to play fluidly. I've seen first hand how having this knowledge has propelled beginner and intermediate guitarists to improve so much faster. It's because they become filled with the understanding of where everything they want to be able to play is located all across the guitar fretboard. They can see it - all the patterns and possibilities.

Soon I will be releasing course two which applies the knowledge you'll gain in this course to releasing your creative potential. Soloing becomes truly spontaneous rather than a stringing together of a bunch of memories riffs.

Fretboard Freedom contains 41 separate video lessons. There are 6 lessons just on finding and playing octaves. Here's a sample of the full lesson interface showing one of the octave lessons.

Fretboard Freedom starts with a very simple but thorough approach to understanding the fretboard. Here are 2 sample lessons from that section of the course.